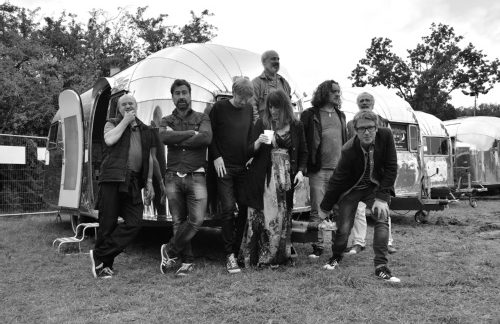 Kíla have worked extensively in TV and film. Their music has been placed in many documentaries on RTÉ, TG4 and most recently in several BBC2 Timewatch documentaries. Their most notable involvement in film is their collaboration with French composer Bruno Coulais on the soundtracks for Cartoon Saloon’s Oscar nominated and Annie winning animations ‘The Secret of Kells’ and ‘The Song of the Sea’. Kíla were also nominated for an Emmy in 2015 for their soundtrack to the film “Ireland’s Wild River” which had the enviable title of being “The best wildlife film in the world of the past two years”.

An afternoon of humor AND horror, it’s like two shows in one. First, back by popular demand, New Yorker cartoonist Matt Diffee brings you his own brand of hand-drawn comedy before welcoming special guests to the stage for a bit of spookiness. Author, illustrator and cartoonist, Harry Bliss will read a truly frightening short story […]

Cúl an Tí with Kíla

A huge sell-out hit at last year’s festival, Kíla return to weave their musical magic as they perform live with special guest singers over the screening of some very special animated films made for the Cúl an Tí series produced for TG4 by Cartoon Saloon and Focás Films, as well as clips from Cartoon Saloon’s […]