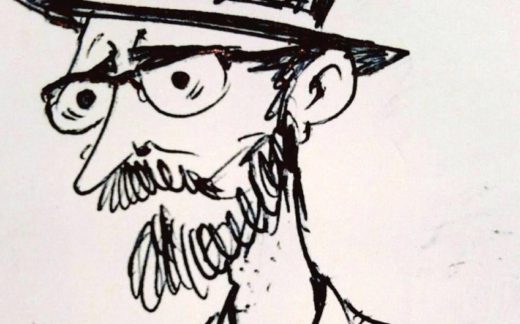 Paul is co-director of Kilkenny Animated and co-founder of Cartoon Saloon and is an Oscar and Bafta nominee.

He produced the animated features The Secret of Kells and Song of the Sea. He also produced two seasons of Puffin Rock, an original TV series narrated by Chris O’Dowd which airs on Nick Jr, RTE jr and Netflix and has been dubbed in 28 languages.

Phil Rynda, Creative Director Netflix Animation, sits down with Paul Young, Big Cheese Cartoon Saloon, and discusses his unique career path in animation. Phil will share work throughout his career and discuss his character design philosophies. Starting from his early work in video games in New York City and then moving to Los Angeles to […]

Paul Young will have a conversation with Graham about his career, his work as a cartoonist, animator and Director, illustrated with examples of his strange, macabre, hilarious Grickle cartoons and animations. They’ll also talk about his work as a story artist and director with Laika studio.   Please note that this venue is not wheelchair […]