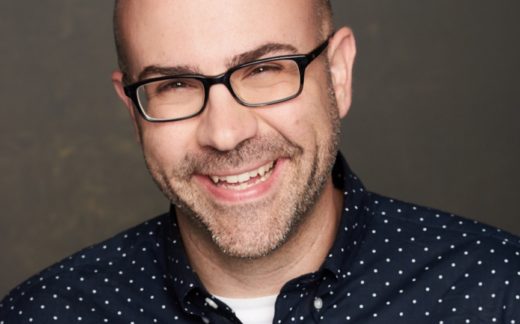 Rynda is a Primetime Emmy winner and Director of Kids and Family Animation at Netflix . In this role he is helping expand Netflix’s Animated Originals initiatives. Prior to becoming an executive, Phil lived a life as an animation artist; lending his talents as Production Designer on Disney TV Animation’s Gravity Falls and Lead Designer on Cartoon Network’s Adventure Time.

Additionally he was Character Designer on Cartoon Network’s Chowder, The Grim Adventures of Billy and Mandy (for which he was awarded a Primetime EMMY), Adult Swim’s The Venture Bros and The Lego Movie. Recently Phil was a Vice President of Development at Nickelodeon. He oversaw development on Nickelodeon’s newest animated original Glitch Techs and was heavily involved with TMNT reboot Rise of the Teenage Mutant Ninja Turtles.

Phil served as Creative Director for Cartoon Network’s comedy shorts/pilots program, where he helped develop projects that included Steven Universe, Clarence, Over the Garden Wall, We Bare Bears and OK KO. In addition, for the past eight years Rynda has been an instructor at the California Institute of the Arts’ prestigious Character Animation program. He is a graduate from the School of Visual Arts’ Traditional Animation program.Phil currently resides in Los Angeles with his family. He’s a father of twin boys, a native of New Jersey and a lover of pizza.

Phil Rynda, Creative Director Netflix Animation, sits down with Paul Young, Big Cheese Cartoon Saloon, and discusses his unique career path in animation. Phil will share work throughout his career and discuss his character design philosophies. Starting from his early work in video games in New York City and then moving to Los Angeles to […]