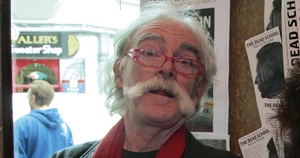 Tom Mathews is a Dublin-born cartoonist, painter and writer. After working for a time in advertising he studied Fine Art at the National College of Art and Design, and since graduating has worked as freelance writer, critic, and cartoonist. His cartoons have appeared regularly in The Irish Times and the Sunday Independent, as well as in Cara Magazine, Hot Press, The Yellow Press and many other publications. He has had countless solo shows including three exhibitions of paintings in the Living Art, the National Portrait Show and the RHA. His cartoons are in many public and private collections. 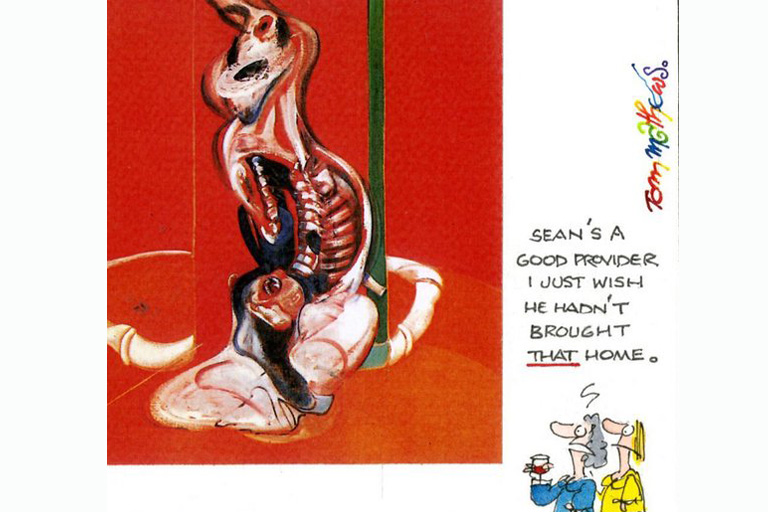 He has illustrated a dozen books, written a novel, and produced three collections of cartoons including The Best of Tom Mathews (2005). His last book, “The New Adventures of Keats and Chapman”, a collection of improbable tales, was published in 2008. His poetry is collected in “The Owl and the Pussycat and other poems” (2009). He has also designed magazine covers, record sleeves, posters, tee shirts, hoardings and postcards. Corporate clients include Guinness, Ernst and Young, Lisneys, An Post, The National Lottery, the National Museum and Bovril. He lives in Dublin, where he is due to be designated a national monument.